An Update on the "One Force" For the Good of All 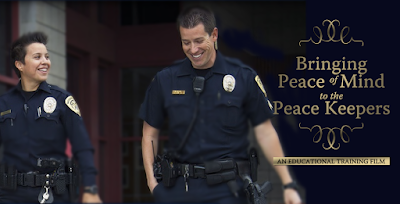 (Below is a link to secure a copy of "Keeping The Peace" for your local police agency).

As a US citizen, as a supporter of honorable law enforcement, and as producer of the "Keeping The Peace" movement, I do believe it is time.

Something must be done.
With unrest on the poorly governed streets, with people and businesses under fire, with homeowners having to guard their own, with officers being defunded, targeted, attacked and even killed ... this situation is gradually getting out of control.


Some mainstream media may use terms such as "mostly peaceful protests," but we are not fooled.

A nation built on laws - embracing law and order to maintain civility, peace and calm - is under attack.

Though I may come across as an alarmist, I'm still going to say I don't believe this is going to lighten up any time soon.

Not even clear exactly where all this organized chaos is originating from, I simply stand on "something must be done." And it must be done on a large scale.

Originally this project was designed to acknowledge the hard work of law enforcement, extend a hand of "officer wellness" in the form of a short educational film, and then challenge citizens and police alike to join in "one force" for the good of all.


Now we must rethink plans. The large-scale event "One Force - Keeping The Peace For All" originally set for May 2020 on the Qualcomm campus must reschedule due to imposed constraints.


Ideas presently being considered:
Is it enough to silently support law and order in our country?

Is it enough to hope others stand up strong so we can all have the protection we need?
is it enough there are some positive vignettes and news-blurbs here and there such as the ones found at THIS LINK?

Or do we need a movement? A campaign? Something involving you?

Perhaps these turbulent times are a simple pendulum swing that will settle in equanimity and balance.

Perhaps some angry citizens are making their stand, and will gradually move towards resolution.

Either way - whether it starts to calm or continues to ramp up, whether political leaders support law enforcement or turn from it - community members will ultimately need to speak up. They will need to show their support with the drive to maintain law and order, to honor our officers ... and to keep the peace.
James Anthony Ellis is a writer and filmmaker who lives in San Diego. His short film "Keeping The Peace" can be found HERE.
Posted by James Anthony Ellis at 9:51 PM