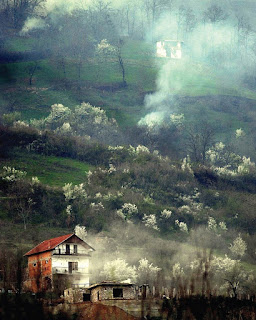 There is collateral damage.
The harm.

Those people, those animals, those elements of our society harmed by simply standing by.
Harmed by being in the vicinity of the devastation.
It was not their plan to get hurt.
It just happened ... because they were so close.

Where is our collateral damage? In some windows of our world, it is easy to see.
And there are other such scenarios where a misfire of offense can harm that which stands nearby.

The latest version of this tragic story comes to mind, when I consider interpersonal relationships.

Consider the times you brought your own hurt to someone in hopes of being heard.
Only to be met with defensiveness or even an attack.
Your significant other was simply trying to make a point or stay out of their own guilt.
But in their attempts at protecting themselves, they did not listen to you.
They only offered a slight, a fight, a judgment.
You were not heard.
And you were hurt ... again.

And there was damage
Collateral damage.

On some level, their judgment was not meant for you. Deep down, it was not intentional to slight you. You did not approach a loved one to receive this.
But it happened. And it happened because you were close. So close.

You were in vicinity of their own pain. A pain that spilled out of them without knowledge or precision. They met your request for being received with a slam of energy of their own upon you.
There was not a reception, but a deflection and then rejection.

This cycle will continue - as innocent lives are lost, as tomatoes and corn are tainted, as chemicals destroy the vibrancy, as relations are torn asunder - until we awaken to the fact that we are all connected, that everything originates from the same source, and that harmful unconscious behavior only hurts us all.

In something called "collateral damage."


James Anthony Ellis is a writer living in San Diego. He can be reached at www.LegacyProductions.org.

Posted by James Anthony Ellis at 12:16 PM No comments: