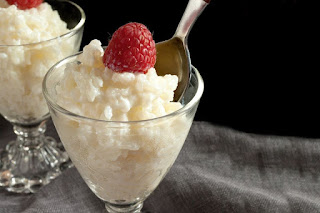 For so long I have been mistaken.

In a pure state of wonder and humility, I had to announce to my wife, my dog, and now all of you on planet Earth who own a device that picks up the Internet and can read these words.

There I was a little kid, loving my rice pudding. Eating it up at snack time, to go along with my baloney sandwich and chocolate PopTart.

One question that came to my mind, but only very faintly in the way back recesses of the gray matter, was this: "I wonder what those soft, skinny, short white morsels are in this pudding?" It was such a fleeting thought, and I didn't take much stock in it. I was too busy gobbling down my pudding.

At the same time, for years - decades even - I had been aware of the food product called "rice," used in such adventures as Chinese Food, beans and rice, and just plain ole "rice" on the side of my veggies. Sometimes it showed up as brown rice, sometimes white, sometimes too hard when it was served as leftovers.

All of this is backdrop for the amazing and enlightening experience I had the other day.

There I was ... this time as a full-grown adult, having a conversation with my wife. The topic was childhood desserts. I mentioned tapioca pudding as one my faves. My wife noted that her grandmother liked rice pudding. After considering how much I too was a fan, my wife then noted her distaste of it, saying, "Who puts rice in pudding?"

It WAS rice in that pudding.

And - check this out ... that is PROBABLY why THEY CALLED IT "RICE PUDDING!!!"
For all my time walking this planet, I somehow have never put it together that those small "rice-like" morsels in "rice pudding" would be "rice."

Besides a funny story to share, it was an opportunity to open my mind and consider what else out there has transpired that I have yet to recognize. What else is there to realize, as I become more and more aware of various viewpoints, constitutions to consider, and subtle messages?

Just as important as the ingredients within rice pudding. 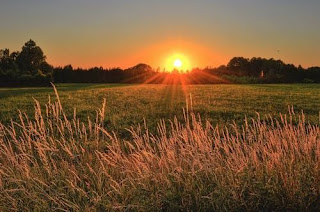