The Lives You Do Not Know

I wrote this for my wife for Valentines Day. She provides yoga online to people she has never met. How unconditional is that giving? Lovely. 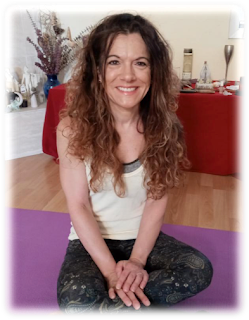 As they zoom on in with only a name
You’re simply glad that they came
You do not make their acquaintance – after or before
Yet, you lead them through the proverbial door
You guide them to their balanced health
Their physical well-being, their body’s wealth
Allowing their stress to simply and gently melt
Into a serenity and a peace gently felt
And since they may come and they may go
These are the lives you do not know

But these are the lives you will touch with love
When daily existence comes to push and shove
Your light and your care go across airwaves
The aches and the pains, your guidance saves
It’s not about notoriety, riches or monetary gain
It’s nothing you need to really explain
It’s about the growth you have experienced over time
It’s about the gifts you’ve received, conscious and sublime
It’s about not needing to know the receiver or sender
It’s about the proverbial door we all need to enter

So as they zoom on in with a name and blank screen
Spirit will know what’s happening behind the scenes
Spirit will know what this all really means
And in time we’ll know, through what we have seen
Gifts are given and received – all at once, by all who share
By those who go for their goals … those who dare
By those who dream a dream including everyone
Knowing God has a plan and God’s will shall be done
Into the mystery, into the void you now willingly go
All for the sake of the lives you do not know
The lives you do not know

Posted by James Anthony Ellis at 5:01 PM No comments:

The Foundation of Unity 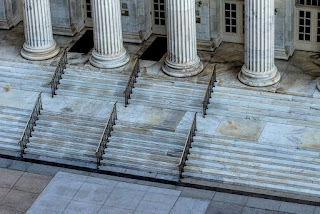 Point to that unifying force and you have a chance at unity.
Point to anything else, and you are just trying to get your way.

Unity. There is a desire for unity in this nation.

It won’t come from any dogma, policy or political stance.

And it does not even come from standing in the “middle” as some may mistakenly believe. And broadcast.

Unity arises from the foundation on which we all stand.

Opponents are opponents. Having various sides of a sport, an argument or a political spectrum is natural and part of what could be seen as a harmonious whole … as long as … there are underlying principles, rules of engagement and a justice system.

In football, there is the integrity of the game – rules and impartial referees.

In boxing, there is the integrity of the match – rules and an impartial referee.

As long as there is no special treatment favoring one team or another, such a balance keeps everything unified, even if there are fans and participants on polar opposites of the equation. With a unified foundation, the love of the overall sport can be secure and celebrated.

So when baseball’s Houston Astros cheated and screwed with the rules in the recent past, they were completely disrupting the game – the entire game – because it took away the foundation that makes the sport what it is. And a lot of people were understandably upset, mostly because there didn’t appear to be a real consequence from a fair system of justice.

In our nation, we may not have rules and referees but there is the promise of a Republic – holding law and order, and an impartial checks-and-balance system of justice, with judges only looking at the law and not personalities, platforms or platitudes.

It’s a promise only powerful when it is kept and held to account. By everyone.

If anyone in our nation wishes for unity, do not look left, do not look right, do not move towards the middle. Look beneath us all. If you want to unite or reunite around something, why not start with the foundational principles of liberty, life, inalienable rights, the pursuit of happiness, equal protection under the law, and the US Constitution?

Let us pledge – as all our public servants have pledged, from the President to our law enforcement – to defend and protect the Constitution of the United States, so help us God.

There is our true common ground.

There is our integrity with a foundational force.

There is our unity.

Posted by James Anthony Ellis at 4:58 PM No comments:

My father-in-law told me his pooch was hurting a bit. 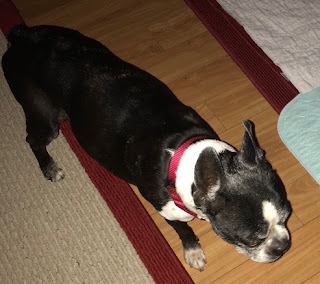 We all have a Daisy.

We all love someone so much.

We all hold so deeply to the connection of a dear one.

This is a prayer for Daisy.

A prayer for her well-being, her health, her healing.

Yesterday, the word came from my father in law. His dear Daisy has been hurting with a troubled esophagus. And so we pray. And we hold out for the best.

For we all have a Daisy.

A dear, soft, sweet spot in our heart where there is room for another.

It's not a co-dependency; it's a connection, an extension of our selves with another self. It is our expanding to include the health of our dear one, be it a spouse, a child, a sibling, a parent ... a family pet.

Little Daisy - a faithful Boston Terrier - was located as a rescue by Roger a couple years ago.

Since then, they have been inseparable. A boy and his dog, no matter the age of either. If ever my wife and I receive a holiday card from my father in law, it's always signed "Dad and Daisy."

And so we pray.

For Daisy. For her full recovery.

Knowing that there is one power in this universe. Not two powers, but rather one.

And this power is infinite in knowledge, peace, joy, abundance and health.

In that perfect state of health, we are all connected.

We know and accept that anything unlike this perfect state is released at this very moment.

And we are well.

Daisy's body is in pure alignment with oxygen flow and blood flow, enriching her entire body.

The unlimited source of energy is alive and well within her.

As it is alive and well within all those who have their own Daisy ... in their own life.

For this vision, we do give thanks, in gratitude.

As it is being made manifest right here, right now.

We let it go and let it be.

And so it is, for my father-in-law and his pooch.

In a beautiful vision, no matter what the surface appearance displays.

In a time of need ... and connection.

In this prayer for Daisy.

James Anthony Ellis can be found at www.LegacyProductions.org.

I heard that my friend recently lost his mother. His story was moving and inspired some prose. 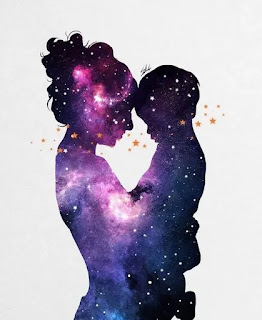 Along my path, we had parted our ways

We had squandered the time in distance and delays

On my journey, there was separation at times

Yet there was a pull to unify our separate minds

In my sojourn, the beginning could start with none other

In my dreams, I embrace the freedom of one choice

In my dreams, I'll always be able to hear your voice

The voice was kind and sweet, always wanting my best

The voice that could put this boy to the test

The voice that was soothing for a soul on the path

The voice echoing memories of a rich and deep past

The voice that mended the hearts and healed the sores

The voice that will, in eternity, always be yours

Rekindling the pain that we had parted ways

Reminding me of real connections that can truly stay

Even as I hear the news - last night you passed away

In waking hours, I continue the tasks, all in stride

Yet in dreams, I reach out to where you now reside

In my dreams, all distance dissolves and I see you smile

In my dreams, the love has been here all the while

In my dreams, I embrace the freedom of one choice

In my dreams, I'll always be able to hear your voice

James Anthony Ellis can be found at www.LegacyProductions.org.

Posted by James Anthony Ellis at 4:48 PM No comments: