A Poem and Prayer at Christmas 2018

And so we continue this crazy game
The prayer, as always, remains the same
In all things great, our abundance is ours
From the grains of sand to the faraway stars
From the dawn of light to the fading night
From our surrender to God to fighting the good fight
From the lows of lows to the highs of highs
From the flower in the walkway to the heavenly skies
From the love of consideration to the rage of disrespect
From the doubt and dread to the needs that are met
Our father in heaven guarding over a little girl and boy
Our prayer: our health and wealth and joy

So this prayer is made; the intention is set
In patience, we know God’s promises are kept
Though troubles may come and times may get tough
The Kings may lose, and the Dolphins may suck
Through mortgage mayhem and through bills that mount
It’s beauty and grace and miracles that count

The gifts of a life where we love and laugh
The high fives when we score are always a blast
The quaint walks and talks in the parks’ sunlight
The Venti hot chocolates if they ever get it right
The oatmeal and blueberries and eggs that are free
Perfect, as always, our lady Hennessy
Mark and Tim and Belinda and Harry
The work – though at times maddening – that creates legacy
And all that is left, the splendor that is our fate
As we proclaim, in full abundance, all that is great

All right, now this isn't to say that God hasn't done some incredible things.
However, let it be said that no one is perfect.

And though hating to be the bearer of bad news, I believe it's important we see what has worked and what has not. Just the messenger here. Don't kill me.

So without further ado, here are five of God's biggest mistakes, in order of blunder.

1. THE ESOPHAGUS AND TRACHEA

This is better known as the food pipe and the windpipe. What the heck? Who designed this thing? Why, if you are pretty much starting from scratch anyway, would you assign the same orifice ("mouth") to handle two VERY DIFFERENT functions? Breathing and eating? I really don't think these two bodily functions should be sharing the same opening.

What good could come of it? Here, let's review some of the results of mixing the two:
Why do it? Did the Grand Master run out of space on the body? Had to multitask, huh? Oh sure, you give us that handy-dandy flap to separate the two. But it doesn't always work. And it gets even more complicated if you mix three of the mouth's functions: eating, breathing and talking.

OK, again, what was the point here?

It's understandable why dogs, cats, bears and other furry creatures would want and need a nice head of hair (as well as covering for other body parts). But the human? Didn't we come up with coats, clothes, mittens, mufflers, hats, and umbrellas for such needs of shelter and protection from the elements?

And even if we didn't have these inventions, you think these measly patches of hair would keep us warm? No way.

And don't even get me started about the fact men routinely lose the hair on top of their heads. Was that because of the Divine Intervention which would become the "baseball cap?" And then it's true most women have no beards or facial hair. So random. As if they had never a plan, in the grand scheme of things, to go outside? Talk about sexism.

Perhaps hair was a necessity in the arena of job creation. Barbers, stylists, hair products, coloring, etc. But was it really worth it? All that trouble - and for what? Something that wouldn't keep anyone covered or sheltered in the cold or heat.

I get the whole bug thing. In nature. I understand for example the ants. Cleaning up the leftovers left behind by litterbugs, animal deaths, other types of death, and sloppy homemakers. Other bugs, as well, I believe come along to deal with the messes left behind - naturally and not-so-naturally.

No higher purpose at all. No sense of service to the well-being of others. No reason to exist at all. All they do is take. Sure, there a number of humans like this, but at least they have the chance to turn it around and transform - with free will, the power of choice, and a human body to maneuver and help others if they so choose. But what has the flea got? This tiny body that is only designed to suck blood.

Get the hell out of here. You don't belong. And you are one of God's top five mistakes.

Sorry, but that had to be said.

So you got a garden going, or a nice plot of lawn. You take care of it. You water it. It looks nice. And then what appears in the middle of the beautiful roses or petunias or daffodils?

A bunch of thorny, ugly, meaningless patches of evil.

No really, why? What was God thinking? "Oh I know how to mess up the garden. I know what can bug the living crap out of some caring and conscientious gardeners who lovingly tend to the beautiful shrubs and flowers. I'll just stick some giant weeds in there."

There truly is no purpose for weeds. They are not serving anyone. They are not protecting anything ... save for themselves with those prickly edges. Some weeds - those round ones that uncoil - are the ones you find in your socks after a trip to the park. The "foxtails" - doing nothing of merit - are the ones that send dogs to the animal hospital at 1k a pop. And then all the other weeds simply disfigure a wonderful landscape.

In a phrase: stop it!

And now ... for the biggest mistake God has ever made.

But first, it must be said He/She actually started off with a really great idea.
It's called "karma" - a term of ancient legacy that has been used in present time, as more and more people are aware of the reality ... and the warning.

Well ... something happened to this great plan. Someone messed up. One of the designers didn't include the concept of timing into the scheme. Someone forgot to ensure the karma would be experienced at such a pace that the cause and the effect would clearly be identified.
And it would all happen in the moment so there was no confusion that the person "made his own bed and then had to sleep in it."

For it's true, without that timing element, the distance between creating karma and then receiving karma is so delayed, that humans can't put 2 and 2 together. It creates an opening for other such travesties:
Good job God. Didn't see that one coming, did ya?

Well, having said all this, I tell ya what.

As we have all experienced, everyone gets a million chances to get it right. And that shouldn't exclude You.

Plan: you get rid of the weeds and the fleas, come up with a better idea than hair, windpipes and foodpipes, and then speed up this whole karma thing ... and we can talk.

Looking forward to it.

Posted by James Anthony Ellis at 4:01 PM No comments:


A Prayer for the Burdened 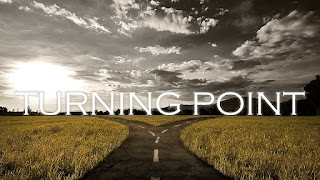 Crumbling Under Weight
I carry for no reason
My shoulders and back burdened
By life
By the invisible band of thieves, muggers and murderers
By the streaking tear
By the shreaking fear
That tells me lies construed to disguise
All truth to the contrary

My back and shoulders burdened
I collapse into dust, like a tower of controlled demolition
Isolation is my company
No dream left to dream
No inhale, no exhale
The stillness of smoldering embers
In the aftermath of this war against my sanity
Thoughts spiral downward in beliefs all too familiar

As the embers cool
A reminder to the fool
The ash and dust replaced
By the face behind the face
By the sun behind the eclipse
By the seed buried deep in soil
We play the foil to our foreign, over-dramatic selves
Once burdened – our back and shoulders
Someone has moved aside the boulders
Escaping the cave of eternal death
Plato ushers us around the corner to perceive
All that is truly to be seen
The truth

It is never too late
For the below is above
You control your own fate
You are the love
Posted by James Anthony Ellis at 10:54 PM No comments: