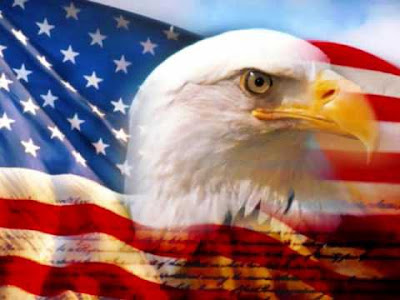 On Easter Weekend 2020, written for a dear, dear friend named "The United States of America" and a concept named "freedom" we should always defend.


You were born upon liberty's foundation
Where searching souls could find liberation
A plan to establish a freedom forever here
Basic citizen rights that could never disappear
Inalienable, untouched – not granted by some king or queen
But residing within a divinity presence unseen
No army or politician could rape, pillage or plunder
No rogue or overreaching government could tear you asunder

Dreams, hope and opportunity carried the seed of anticipation
For all forms of slavery, there could come emancipation
For the free and the brave, we would secure your holy home
Now common individuals, every day, had a place to call their own
To be fully alive would mean joining in a unified song
Businesses could thrive for those who worked hard and long
Our abundance was ours to keep, without any outside manipulations
Beyond the cruel rule or the strangulation of regulations
Founders risked life, limb, fortune and a sacred honor in the end
Everyone now tasked with a duty to preserve, protect and defend …

Yes, it does take everyone's patriotic participation
And the vote and the voice of broad consideration
Everyone living under "natural law" – one unifying devotion
The Republic, and the flag for which it stands, bigger than anyone we vote in
But like high school cliques, special interests groups have played their hands unilateral
Tossing carelessly onto the heap all the damage collateral

Needing to chip away at what they would call just a piece of paper
They've abused and used you in one giant sinister caper
In 1913, a temporary tax for war, at 3 percent, never higher
This absurd tax on income – our hard-earned dollars stolen by the liar
The unaccountable – FBI, CIA, NSA, DOJ and the handpicked elite
Bohemians, Bilderberg, Trilateral, Federal Reserve – all in opulent secret retreat
In 63, a president with plans to splinter the CIA into the winds
Would never see his country, his nation, nor his children again

The dark force runs its course to derail all that is free
Spies without eyes monitor our moves and our privacy
A military industrial complex builds and destroys nation lands
Drones splatter the brain matter and blood, left on our hands
GMOs and fluoride in the food supply, reportedly for our health
Classified, redacted, undercover – operations are stoic and stealth
Tumbling towers blew open the door for a patriot’s desperate act
In the name of protection and security, the freedoms won’t be coming back
Wars without Congress permission or approval went right ahead
Whistleblowers of truth wind up imprisoned, tucked away or dead
Big pharma’s vaccination schedules are forced upon the parent and child
Spirits, embracing a freedom of choice, no longer free and wild
The Top 10 Amendments attacked by snipers with deadly aim
Curbing free speech because of hurt feelings and someone to blame
Silencing Alex, Milo, Laura and all those dreadful dissenting voices
No worries … you’ll just be next, when we’ll no longer have the choices
Gun owners must be loners who don’t really need that rifle
Those wanting to protect themselves from tyrants should simply sshhhh … stifle
Crocodile tears and children fears sell us an agenda to disarm
DUI stops, by curious cops, give us seizures that will do harm
Executive orders, protecting other borders, not one regime change success
College boys – under mere accusation – banished without due process
New voting systems, graduating Electoral College – that must be for the best
Who cares about those in Wyoming, Montana, Tennessee and the rest
Now we position politics and politicians in front-row, big-screen view
Making flashy Hollywood celebrities more important than you
Burgermeister Meisterburger now gloriously leads the way
House arrest is everyone’s test, we must now be quiet and stay 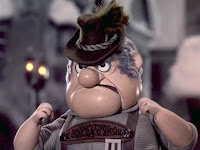 Pushing us to our limits, pulling on the public's last straw
Breaking our sinking spirits, defaming Constitutional law

So what will it take and how far can they push?
Before we come out from hiding behind the burning bush
Sweet America – your glory we were to honorably protect
Against the slightest foe, every John Doe, the least suspicious suspect
Our power is as fragile as an invisible commitment and pledge
We have now been backed up, looking down, at the top of the highest ledge
The battleground is now, the enemy is here, we have finally met
The frog that would spring out of a heated pot, now slowly boils to death
We’ve solemnly given our power away; we’ve let you down again
Once more, we must risk our sacred honor to get back to where we’ve been
We’ve gone from “give me liberty or give me death” to “better safe than sorry”
We've purchased temporary safety while gazing into a dark night – starry, starry
The lies should be no surprise – perhaps the leaders forgot their one true job
To subjugate themselves and protect the rights inherent, indivisible under God
And so we overcome viruses – our unconscious pollution – we rise in revolution
We reclaim what is born upon liberty’s foundation … a nation's Constitution

Bring back Locke, Hamilton, Jefferson, Franklin, Adams – architects with a guiding hand
As we, once again, put a stake in the ground and take a mighty stand

James Anthony Ellis can be reached at www.LegacyProductions.org, but only for good tidings.