Locking the Gate - A Sad Day For Us All

Today I put the lock onto a gate that is part of a fenced-off area behind my home. This is an area that we keep our bagged-up bottles and cans for recycling. Over the weekend, some moron decided he or she could simply go through this gate and grab the recycling for him or herself. So in order to lock up the area and maintain the security of anything we would keep in there, I chose to go find that old lock I had somewhere, scratch out the combination on the back, and then place it on the gate.

The main reason for such sadness is because I recall the days of old. I recall so many times that my mom used to wish for visit - her in Huntington Beach in Orange County and me in San Diego. We would talk about my visiting and she would always tell me: "the door will be unlocked." It was her quaint way of telling me that any time I wished to stop by, the door would be open for me. I was always welcome.

Growing up in this home in Huntington Beach, I was accustomed to the door being unlocked. The notion of locking it didn't come to mind. I grew knowing there was no real outer threat that would attempt to break into our home and cause harm. They couldn't break in. The door was left unlocked.
And there were even some days - especially those hot summer days - when the door was left open, with only the screen door closed to keep out the flies mainly. I grew knowing that the world was a safe place and there was no threat from outside sources who would not want our best.

Maybe it was because my mom grew up in the deep woods, up in the upper peninsula of Michigan where the only reason someone might break into a house would be to get warm. With a population still of only 327 people, the village (yup village) of Detour, Michigan would be my mother's hometown, and it would be a place where doors could always be left open, since neighbors were few and far between and if nearby they would be neighborly. Now, even my dad who grew up in some tougher parts of Detroit, somehow he too would permit this "open door" policy in the Southern California town of Huntington Beach in the 1970's.

Such a mentality may appear naive to most folks. But such judgments must come from a mind bent  and twisted by the dishonorable acts of the dishonorable ... those hoodlums and thieves who think that what they can break into and reach belongs to them somehow. These selfish nincompoops know not the consequences of their actions: the loss they force upon another, the distrust they foster, the crime that robs people of more than their belongings, valuables and bottles and cans.

These thieves that break with law, the most important of which is "natural law" (look it up), know not that they disrupt the very fiber of a community and tear down a foundation upon which we all could stand proud and stand safe. They end the innocent days of a home in the woods where the most harmful intruder may show up as a varmint looking for warmth from the winter snow. They force a society to build security systems, hidden cameras, and combination locks that must - in unfortunate circumstances - be used to fortify our belongings.


James Anthony Ellis is a writer and producer who wishes to be more like the Who's down in Whoville after having his shit stolen. He can be reached at www.LegacyProductions.org or at the Food4Less recycling center in Lemon Grove every few months returning bottles and cans. No matter what.

Selective Responding in E-mail - A Guide For the Horrible Person 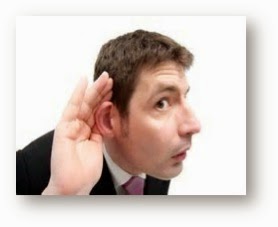 Selective Responding:
Picking and Choosing Your Battles within E-mail

Lessons from the forthcoming satirical book “Huh? The Joys, Sorrows and Comic Relief of Miscommunication.”

When approaching the very common courtesy of miscommunicating with family, friends and foes, there exists the wonderfully limiting tool of e-mail and the practice of “selective responding,” an effective, defective, infectious and purely selfish practice we will present in this lesson.

There is so much to miscommunicate within e-mail, it’s hard to know where to begin. Within electronic mail (or e-mail) – through the likes of Yahoo, Gmail and AOL – there is a small window to express so much. There is the limitation of the necessary 3rd grade level vocabulary that is supposed to match another’s 3rd grade vocabulary. (How many of us shared the SAME 3rd grade?) There is also the opportunity to misfire messages since no one can really determine the emotion with which you are delivering the wordy message. Even with emoticons of smiley faces, sad faces, dancing faces and barfing faces, the message isn’t 100 percent decipherable even for the most prolific of e-mailers.
And for the most potent avenue of e-mail miscommunication we have the method of “selective responding.” Yikes.

In this technique, the person replying to an e-mail (if they indeed grant you the time and decency) can selectively choose which part of the e-mail deserves a response. Normally humans – watching out for numero uno – will select only those portions of the e-mail that serve their needs. It happens all the time, and it is a testament to how much they really do not care about others. So you are not left out of the selfish route of "selective responding," here are the steps to take for this practice:


The practice is disgusting, it's commonplace, and it completely works! Try it.

For those of you who want to not be the victim of “selective responding,” you do have an option. Draft an e-mail in which two messages are included: one that your friend would totally want to reply to for their own sake, and one your friend would want to avoid. Example: “Dear Joe, I got the phone number of that hot chick who wants to meet you, and by the way, what time can I come over to show the home’s decision-maker my MLM product?”

Even if they don’t reply at all, it’s fun to imagine them on the other side reading it and going back and forth – hands on keyboards, hands off, hands on, hands off...

James Anthony Ellis is a writer and producer living in San Diego, California. He can be reached at www.LegacyProductions.org, where he promises to reply.

Posted by James Anthony Ellis at 12:16 AM No comments:

The Beginning of "Jim's Head"

This is the first in a series of unlimited thoughts (in number and value) from the head of Jim.

There are many things - thoughts, inspirations, desparations, inclinations, relaxations - that roll through these seasoned noggin' of mine.  Some of them are silly and disposable, but others are silly and valuable. The latter is what you are going to get ... most of the time.

While here, enjoy the musings, sift through the messages, and converse if it is in your heart, mind or soul to do so.

Come back often and play.


Posted by James Anthony Ellis at 11:36 AM No comments: