The Sinkholes In My Mind 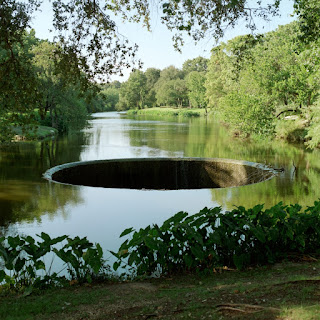 I found another one the other day. Darn it. How did that get in there? Every once in awhile, I stumble across one of these, and there I go: falling down this dark hole, spiraling and spiraling further down.

A sinkhole in my mind.

It looks like this: I have some experience in life, and in my claiming to know what is happening and why it’s happening, I justify some negative thought about myself. Not fun.

Case in point – the other day I happened to text my men’s team in a group thread something very vulnerable taking place in my life, something that had been upsetting me. In that same thread another man noted a great success he was having in his life – a promotion at work. The following comments in this thread included zero replies about my situation and about 10 replies of congratulations to this other teammate.

Even though I had previously spoken directly with my buds about the topic, and even though I knew I could reach out individually, even though I’ve done tons of emotional healing work in my past, I took this experience and RAN WITH IT … straight into the worst place.

In a matter of seconds, the spiraling fall tumbled thusly:

Being hyper-aware of my subconscious mind can be such fun.

Though the logic and the intellect would easily discount such grand sweeping beliefs, somehow the lingering residual was a hurt, a wound in my heart.

These are emotions folks; no need for them to make sense. I guess that’s by definition.
Anyway, fast forward in the story, I talked myself down off the ledge, knowing these were most likely old wounds from the past surfacing so I can deal with them directly.

In a matter of a couple days, I received a half a dozen calls to see how I was doing. Though my mind was somewhat committed to holding onto the old beliefs, and keeping me down in the hole, I slowly started climbing myself out. Whether I received calls or not, whether I received a return text or not, the sinkhole of emotional wound may still remain. Though I must say, experiences like this – where my conscious beliefs are dashed through an alternate reality – surely does help.

The real kicker was when I asked one man directly, “Why didn't you text me back about my original comment?” His answer brought tears to my eyes.

“It’s because I cared too much.”

For him and perhaps others, it wasn’t something to text back about.

It happens every once in awhile, these sort of un-holy experiences. Now it’s up to me:

·      To hold back on thinking I know anything too swiftly.
·      To hold off on jumping to conclusions.
·      To take a time out and be with my own inner experiences without judgment.
·      To check in with others with whom I am in relationship to see what’s really going on.
·      To be wary of those sinkholes, and maneuver myself around them whenever I must.
·      To reach out for help if I ever get lost in one.
·      And finally, to be kind and gentle with myself when I have these experiences, not making me wrong, but using it as an opportunity to see where an old wound - a younger me - needs some attention.

James Anthony Ellis and his mind can be reached at www.LegacyProductions.org.