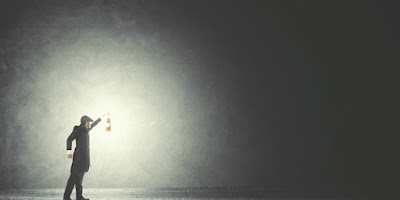 "We’ll know our disinformation program is complete when everything the American public believes is false.”

Today I had to do it! I could not wait or wonder any longer.

I so fervently needed the absolute truth, that I had to simply go to the ONE SOURCE of all things real.

Yup, I had to go to go there: to SNOPES at Snopes.com!

This online service is a one-stop shop for the recognition of reality, especially in these days of conflicting reports, haywire news-wires, social media memes and "conspiracy theories."
With a healthy appetite to get to the heart of the matter, along with my share of doubts, I've been a searcher and researcher my entire life.

I was 19 days old laying in a crib when our 35th US President was murdered in Daley Plaza, Dallas, Texas. Yes, that's my alibi.

And that also means for my entire life, I was raised in an open-minded environment with a father who dug into the JFK murder cover-up, basically offering me a foundation of intrigue, inquiry and suspicion. I grew up KNOWING it was OK - actually necessary - to question any official narratives spoon-fed us by those who could benefit from our lack of knowledge and awareness.

A “magic bullet” traveled to and fro - up and down and all around - before striking different bodies on that fateful November day in Dallas?

Whether that bullet bullshit is true or not - let's be open-minded about this - the very fact it can be questioned completely blows open a life of investigation and discovery.

If the JFK one-shooter non-conspiracy conspiracy theory is fake, then what else is fake? Oh man, should we even go there? It could be a scary venture to part ways from the commonly accepted broadcast. But what else can you do but GO THERE when searching out for the truth?

I remember when I was in third grade, we'd have these Thanksgiving celebrations. We'd have a meal or some cupcakes; we'd make turkeys out of the outlining of our hand, and hear the story of the Indians and the Pilgrims. I recall the story of how well the Europeans and the Natives got along, chowing down mashed potatoes and green beans and bread and maize-on-the-cob. I remember giving this quizzical look as if to say, "Are you sure it happened this way?"

I guess I was always wanting to burn through the BS and get to what's true, to something holding what could be called the "absolute."

But where could a human go for this level of knowledge: something without opposite, something that carried the underlying reality for all ... a rock to hold onto?

I went many places:

So where does that leave me? In all of these endeavors in my search, I have desired a reality transcending opinion and belief.

This is why I decided, after all this time, to just bypass all these other sources and go towards the Big One. That's right: Snopes.com. I mean they say it themselves: "We are the internet’s go-to source for discerning what is true and what is total nonsense."

Thank God! They even sound beyond human, beyond mistake, beyond beyond.

Hoping to confirm a certain matter, I was researching this idea that Google was playing some tricky games again, with its algorithm searches. A couple weeks ago, some folks were saying that when you typed in ANY THREE DIGIT figure into a Google search, the first item at the top of the page would always be the number of reported COVID virus cases. Meaning, type in 223 or 432 or 695 and you would get THAT exact number as the number of reported cases in the top search.

I recall after first seeing the claim, I did my own test on that, typing in my three numbers over and over again. I was amazed to see that it was true. IT WAS TRUE! What is up with this craziness? How could that ever be the case? After seeing the claim again yesterday, I wondered what Snopes had to say about it. Snopes noted that the claim was a “conspiracy theory” and labeled it all “FALSE.”

I went to test it again on Google, and the search no longer held the same results.

And so there you go.

My experience revealed indeed something to be true, and then Snopes went ahead and put it proverbial foot down with a big fat FALSE, while Google changed its algorithms for some unknown reason.

Perhaps many of you have landed in this place. Now what?

What have we got to navigate our way through the world of form desiring some sort of absolute truth?

In the end, we may just reside in what we all were given since the beginning:

Discernment - the ability to judge well - may just be our own go-to source for knowing what is true and what is nonsense. This just may be our one-stop-shop, our last-ditch effort. Our final frontier.

And maybe, as we make our way - manifesting the life we truly want here - that’s just how it should be.

James Anthony Ellis exists therefore he is ... and can be found at www.LegacyProductions.org.