There is Something About Friday


Friday is normally a pretty lax day for me. I tend to relax this day. My mind takes a break, and I can find some peace of mind.

I think it has something to do with the fact I realize that my brain doesn't HAVE TO connect to the rest of the routine, run-of-the-mill, hellish hamster-wheel upon which we are all supposed to be running. 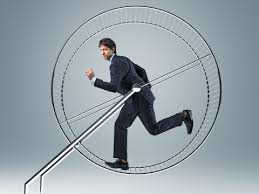 Yeah, there is something about Friday ... I feel pretty good.

Such a relaxed state of mind also shows up whenever there is a blackout ... or a tsunami flood ... or a fire drill during 2nd grade in the late 1960s. Watching a baseball game also gives me the similar feeling.

Now wait! What does a blackout, a tsunami flood, a baseball game and a fire drill in 1969 have in common?

I believe they all represent a timeout from the ever-running hamster wheel, which becomes a form of a present-day prison. 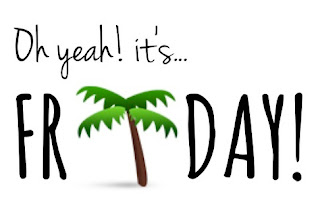 The hamster wheel is also given to us - in the form of bills, taxes, low wage jobs, a high cost of living, and a limited amount of space and time to make it all balance out. As we accept what is thrust upon us, by people and debtors who don't give a shit about our happiness, we can find ourselves in places we did not want to be. And the beat goes on. And the wheel rolls on. 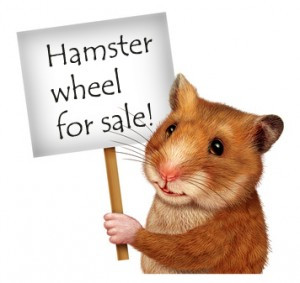 And then comes Friday: a window to a brand new world. Something called the "weekend" is upon us. It shone bright as a child when it meant the end of the school week and the chance to sleep in on Saturday and Sunday. It also shines bright as an adult, as the M-F workweek ends, and we're given a reprieve to focus our energy on other "more fun" parts of life.

But have we ever thought that on a deeper level, there really is no such thing as "Monday through Friday?" Have we considered that the workweek, the school week and "days" in themselves are man-made? Could that mean that we can create something new for our lives, and KEEP that free feeling in our minds each of the moments of our lives, as the sun rises and the sun sets? Could we escape the hamster wheels, without a need for a blackout, a baseball game, a tsunami or even a "Friday?"

I believe so. Freedom makes it so. Our minds can attune to what exists beneath it all: an autonomy that can have us drive another way home. A choice to eat a brand new meal beyond our creature comfort habits. A road-trip away from the safe haven of a house. A free moment in time where we see, feel and experience the deepest reality - there is no necessary allegiance to the workweek and there is no need for a hamster wheel at all.

James Anthony Ellis is a writer and producer who likes to pick people up at the airport in the middle of the night since it's a way to break out of the normal routine of things. If you are traveling and need a ride, or you want to read more of his books and services, click here: www.LegacyProductions.org.
Posted by James Anthony Ellis at 3:03 AM No comments:

The US Senate Candidates - Uh-ohhhhhh 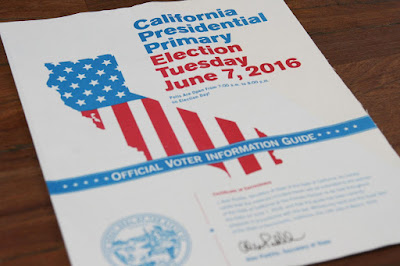 It’s that time of year again. Yes, today in California. This is when we – as voters taking part in one of our civic duties – get to truly review the options before us and make the choices to vote in our selection for proposals and candidates. It’s also a time when we get to truly be scared out of our minds.

Now, this piece here won’t cover the Presidential candidate selection. That is a whole other cartoon. This piece will cover the California selections of US Senators. I, like you other lucky Californians, have received the “Official Voter Information Guide” pamphlet in the mail and have reviewed it thoroughly. And I, perhaps like you, am horrified.

Actually, truth be told, when my wife and I first opened the mailer over a month ago, we had the laugh of our lives. We couldn’t believe the slap-dash, errant delivery of these candidates. These are unedited words from our potential CA Senators:

Ling Ling Shi (No Party Preference) of Rancho Cucamonga says, "Run for God’s Heart and America’s Freedom, challenge 10 giant chaos in economy and economy-related sectors."
Yes, this is an exact quote found in the pamphlet. And yes it was chaotic just reading that statement. Is good grammar not seen as a valuable campaign promise?

I don’t even know what the first sentence means, as it sounds like she did a “Right-click / Synonym” on a few of the words there. And I’m so glad something is driving America; little did I know it was Cristina’s core values.

Massie Munroe (Democrat) of Glendale, says, "Through my national and international research and political activism, I identified ‘mind control slavery’ by satellite energy technology weapons and social engineering programs that have been in continual development for the past 50 years and facilitated their ‘declassification.’”

I do believe there is much going on beneath the surface, and conspiracies are not always conspiracies, but if you are going to have success outing some “mind control slavery,” have it make much more sense to the common activist… and humanoid.
Don J. Grundmann (No Party Preference) of San Leandro says basically "Fight-the-Power.org."

You go Don! I’m sure that website will give me all I need. Though since it’s located on a physical pamphlet, there is no hyper-link. How about next time, take the effort to submit some content!

You must get some points just for knowing anything about a president (Pierce) that no one really recalls from history. But some points are taken away for simply coming across like a high school student.

Karen Roseberry (Republican) of Palmdale says, "S.A.V.E. the future!"
That’s it Karen? Can you embellish just a little bit? Like what does the acronym S.A.V.E. stand for, if anything? "Say A Verb. Eh?"

Is that what unlocks the button for the warheads? Is he showing off, or did he simply get stuck in some binary code parallel universe?

So, in summary, we are in trouble. No, not all the US Senate candidates came off this bad. There are some candidates who wrote lucid, intelligent, clear missives of vision and purpose. But sadly, these were in the minority. The fact that so many of the candidates could scratch out such drivel, and given it could bypass any sort of vetting process either shows that we are indeed the land of opportunity for anyone … or that we have some real holes in our political system.
And these would be holes that would be filled, unfortunately, by some really ding-dong leaders.


James Anthony Ellis is a writer and producer living in Lemon Grove, California. He is considering running for US Senate, since he at least owns a spell-checker. He can be reached at www.LegacyProductions.org.