A Poem of Freedom 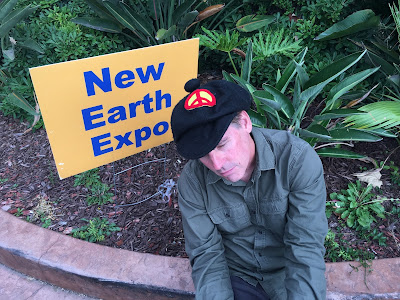 Chocolate and sex and then sex some more
Ben and Jerry's ... should I go to the store?
Should I cut my lawn; should I do my taxes?
I can receive e-mails; I can't receive faxes
What does that have to do with anything?
When I was young, I would run and jump and play and sing
What should I be doing besides sitting here?
My mind, my brain, my ego, my fear!
Now – STOP – back to my endeavor to be free
... But these are the thoughts that come to me

Chocolate and money and then money some more
I wish everything was free at the mall and the store
What job should I do? Will there be enough?
I have to have money to pay for my stuff
But stuff is stupid – fuck it – I should live in the woods
Free from the "have tos" and "must haves" and "shoulds"
Who needs a big bank account, an overflowing pocket?
Chocolate, chocolate ... chocolate, chocolate, chocolate
Sex and sex and sex. Sex, sex, sex.
I wonder if it would be wrong to ring up my ex
I wish it would STOP – I am sitting here to be free
... But these are the thoughts that come to me

Dear Lord – now I bow. I invoke. I beg. I pray
Can you please be so kind to take these thoughts away?
Amma, Baba, Rama, and all that rhymes with ama
Where are the answers – the Bible? The Gita? The Obama?
No. The answer is right here if I could stop this damn mind
Then the world would be peaceful, gentle and kind
So now the time is here! I shall stop and just listen
To the voice that is pure, to hear what I'm missing ...

"... Please ... do not fight it, do not push against thoughts
Here is where you get trapped, imprisoned ... caught
Remember there was a time before everything
Remember the times when you would run, jump and sing
Be present – that's all – for the thoughts that will be
And then you will be able to enjoy what is free
For who is the one who can be present for all
This is the one who can hear another call
I will be with you right here – with the thoughts that will go
You are the watcher, the presence, the soul"

... And so ... I sit still in meditation
Searching for that clear concentration
But discover that the thoughts – hey yeah – they're OK
Just be with them now, and let them have their say
They aren't hurting anyone if I can give them their space
They will have their own journey, at their own time and pace
I will sit here and be with all that I can
And know that I am that I am that I am
Posted by James Anthony Ellis at 8:57 PM No comments: 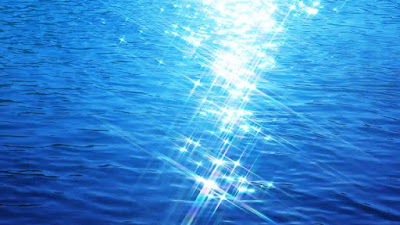 Posted by James Anthony Ellis at 12:48 PM No comments:

The 4th of July - A Portrait of America

A history paints a picture
The textbooks carry the stories
From the darkest hours of slavery
To the cheers of ticker-tape glories
Existing prior to borders
The land stood just the same
Grand Canyon, Niagara, Yosemite
All without a name
Pioneers and Pilgrims
Would come to take a stand
Escaping persecution and injury
Bringing law they could understand
A new world in St. Augustine
And Jamestown to name just two
Cutting up streets and building houses
Building a future that’s new
Trading pelts and making deals
And sharing Thanksgiving dinner
A choice of honoring or raping the land
Who would be the winner?
The Kings of England had their wills
But what a bunch of asses
Soon we’d hear “the British are coming”
As so would come the taxes
The party was all about Boston tea
Let’s dump this load overboard
That taxation without representation
What a tyrannical bastard landlord
A Philadelphia Continental Congress
Let’s ring the Liberty Bell
The declaration came from Jefferson
The revolutionary war was hell
But we got our rightful independence
Our Bill of Rights were groovin’
Our Constitution kept honest the government
In order for a more perfect union


Louisiana Purchase, and Lewis and Clark
Expanded what there was to explore
The legacy of battles and bitterness
The Mexican and Indian wars
California boomed with its gold rush
Prospectors clamored to discover
The Civil War fought on American soil
Saw brother killing his brother
The Emancipation Proclamation
Honest Abe – he did his part
The end of one type of slavery
With new kinds about to start
Another boom – this time in industry
The factory whistle would blow
Roosevelt T. and his Panama Canal
The East and West would grow
Kitty Hawk – the flying machines
Would take off into the sky
World War I would soon come to be
And so many more would die
Financial institutions started to advance
Bankers salivated with greed
A 16th Amendment went after our taxes
The Feds dreamed their dirty deeds
The 1920s – they definitely roared
The cars started down the highway
An era of prohibiting the betting and booze
Women’s rights would grant equal say
The Wall Street crash was surely depressing
A nation growing out of infancy
A New Deal couldn’t alter the trend
It took Pearl Harbor and a Day of Infamy
Rah Rah – let’s go off and fight some more
Until Johnny comes marching home
World War II would have its deaths too
Planting seeds that would someday be sewn
The Truman Doctrine and his two big bombers
Would bring Japanese to their knees
The Enola Gay would have the last say
And evaporate two entire cities
The 1950s gave us Happy Days
The Fair Deal and plenty of cash
Though Joseph McCarthy gave us scary TV
The Korean War at least gave us MASH

A baby boom led to a Disney tune
Along with Disneyland rides
The civil rights movement, thank God Almighty
Saw a march to shift racial tides
John F. Kennedy – a public execution
Lyndon B – he was next in line
The Warren Commission – the federal narrative
Just another smokescreen lie
Come save us Elvis and The Beatles
Let’s put a man on the moon
As Bobby and Martin lay in their graves
Vietnam would not end too soon
Sexual liberation and a freed libido
Grew further with Roe vs. Wade
With wiretapping, we said our farewell
To Tricky Dick and Watergate
Disco Duck, a Me Generation
Followed by AIDS and cold war
Communism collapse, tear down that wall
Let’s see what comes from an open door
OJ gets chased down the freeway
Race tensions – will they ever cease?
The 1990s saw relative productivity
But will there be lasting peace?
Rumblings in early morning September
Is this a movie, a newscast error?
Two twins crash down to the ground
On 911 in a new war on terror
A piece of paper, our founding Constitution
The slow and steady chipping away
The rise of fear and government control
In the guise of the NSA
Now fear runs the show and TV news
Either fake or otherwise
Spying, bullying and coercion
PTSD for all on the rise
While truth seekers are defamed and slimed
The one percent and corps take over
Goodbye to patriots clinging to a Republic
Goodbye to courageous whistle-blowers
Now iPhones and Smartphones lead us onward
Finding faster ways to miscommunicate
2008 gave us hope in a black president
And yet the same subjugation to the state
As the rich get even richer
And the poor get more upset
From Washington to Trump, they had one oath
To preserve, defend and protect
Keeping power with the people
Not the corrupt and controlling desire
Keeping government small and meek
Serving a will that is so ever higher
Serving a collective pursuit of happiness
Serving life, liberty and this nation
Serving these United States of America
Serving the equal and free foundation

Posted by James Anthony Ellis at 1:48 PM No comments: