Labor Day Newsflash! "Saturday" & "Sunday" a Thing of the Past 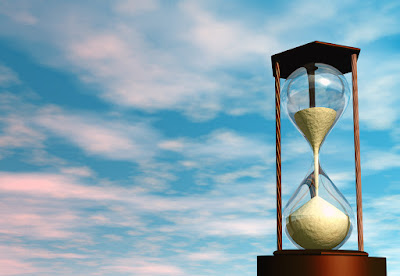 In one of the biggest breaking news stories to come out since the Gregorian calendar was first created by a madman with a need to time and then etch something, it has been discovered that Saturday and Sunday do not really exist.

You may notice this phenomena on days such as this: Labor Day ... when a "Monday" actually feels like a "Sunday" or, even more surreal, a completely non-defined day. How freeing is that?

The notion of "weekend" - even in all its celebratory forms - has been found to be mere concepts, since the ideas of "Saturday" and "Sunday" were actually labels created by a human who may have simply wanted "time off." This "time off" has unfortunately created the need to have "time on" in the form of working, workdays, workloads, work burnout, coworkers and cubicles.

Those who were close to the concept of "weekend" were found to be quite despondent after learning of the news since they didn't know they were even trapped in a matrix of space and time, believing they had to conform to a hard life of hard work.

Others were quoted as saying, "Woohoo, now I can make up the life I want, every moment of my life!"

Though Saturday and Sunday will be things of the past for some, the notion of "vacations" will always be in effect, however without the necessary idea of having to end that vacation.

James Anthony Ellis is a writer living in Lemon Grove. He can be reached any "day" of the "week" at LegacyProductions.org.