THE BIRTH OF CRONYISM & CORRUPTION 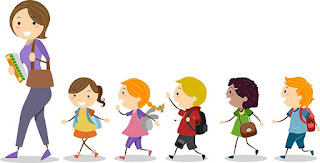 Our Founding Fathers saw the writing on the wall.

People weak. Humans full of their human frailty, subjected to the will of their own selfish egos, much like tyrants or kings. They saw people capable of taking advantage of political landscapes, as they would use friendships in high places to get their little “good ole boys club” what they wanted, leaving the rest of the society to fend for the crumbs. They saw the potential of “cronyism,” though they would not use that word since it was first uttered in 1840.

According to the dictionary, “cronyism” is known as “the practice of appointing friends or associates to positions or otherwise showing them favor due to having a relationship with them, rather than for their qualifications.”

But where did this all start – this concept of giving favors to friends over the desire for the good of the larger population?

You saw it unfold.

You knew it was happening.

Hell – you may have even taken part in this despicable act.

And you let it happen.

That’s right; I’m talking about: “Cuts and cuts back.”

This was the popular practice in grammar school when you were in line with the rest of your classmates, and a friend approached you wanting to be placed into line next to you. Well, you couldn’t just give your pal “cuts.” For that would put an extra person in front of you. The ingenious move would be to:

It was a perfect system. The friend already in line lost no ground, and the pal newly in the line would be way ahead of the rest of the pack.

For this is the level of consciousness where such behavior belongs.

The worst case scenario: a bigger and tougher kid towards the back of the line approaches the two little cheaters and pushes them around a bit for their mischief. Maybe, if they’re lucky, someone will see this minor act of breaking law-and-order and make it right. Kick the new kid, and maybe even the other kid, out of the line. That’s if they are lucky, and have the chance to recognize at a young age that there may be another reality to which they aren’t yet attuned.

That reality would be called “other people.”

The immature mind of a child mainly sees only his or her needs. As we grow, we expand to include others, as we broaden our field of reference and awareness of a collective good.

Heck, we’ll forgive the kids in line at school and even ourselves for the minor infraction in the act of “cuts and cuts back.” Young minds are immature because … well, because they are immature.

The adults who carry on such shady shenanigans? Sorry, there will be no excuses.

We won’t allow it. We will cut it off at the pass. No “good ole boys and girls club.” No cronyism. No special treatment. No two tiers justice system where one group or individual is given different treatment because of who they are, or who they know. Everyone will live under the same rule of law – keeping it all fair and square. We’ll call it a "Constitutional Republic," and we’ll fight for it in the name of the free.

And if any fanciful folks do so happen to go to that self-serving, selfish place, they’ll just have to take the consequences, learn the lesson, and then apply the principles of true equality and freedom the next go around.

Oh, and they’ll also have to go to the back of the line.

Right where the Founding Fathers envisioned it.

James Anthony Ellis can be reached at www.LegacyProductions.org.