A View From a Million Miles High 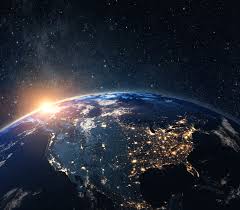 Written for my wife on our 7th anniversary. We met as co-workers for ANK Enterprises living at a distance from each other in 2006. Her family could have moved to San Diego county from the East Coast, but nixed that idea. That should clarify the "inside story" of this higher view tale. Enjoy.

A boy jumping through mud and puddles in OC
A girl, in heaven’s realm, grinning at all she could see
A boy trudging through a youth in miscommunication
A girl searching souls for a life of dedication
A boy, arriving 1963, bouncing and joyful here on this earth
A girl, arriving 1973, in wonder, wondering what this will be worth
Two souls – more than just passersby, passing on by
In this – a view from a million miles high 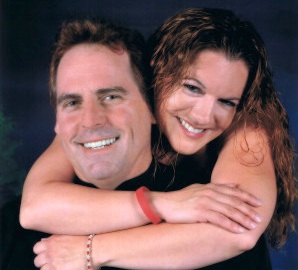 Once upon a time, a plan was afoot to journey out west
The East Coast family father thought it to be best
Could have maybe bumped into each other when Escondido called
Though the plans would change – some timelines would be stalled
We all know the story – how that family move was dashed
A new storyline would be written, with new characters cast
This play’s players would just have to give it another try
No big deal – in this view from a million miles high

So then in 2006, the boy would be axed from a lame-ass career
He’d have to find another position, and get off of his rear
The girl already in the Bay Area, led there by this guy
She had established herself in publicity and was easily getting by
So, there came to be a crossroads of the boy and girl on one day
When both were working for the same tyrant at a company A.N.K.
He marketing, she managing, both e-mailing late at night
Discovering such similar paths in a union that felt so right
It’s like puzzle pieces, recipes, tapestry art, or birds that in unison fly
It’s like someone is watching from a million miles high 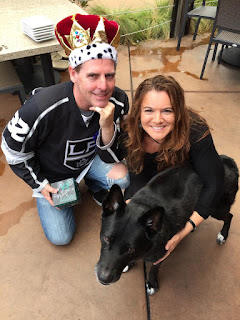 And here we are – a couple of kooks – doing our thing whatever that is
Walking and talking, running with Hennessy, working our biz
Eating great meals, closing divine deals, being who we can be
Still holding to an enlightened life full of productions of legacy
Yoga, toga, still in consideration for the good of all we know here
Calling out kind messages and birthday wishes for those we hold dear
All in God’s plan, we’re all in His hands; it was the idea from the start
The boy and the girl – on the path of discovering each other’s heart
Now angels, spirit, higher selves – with a divine smile, giggle and sigh
Heavenly hosts celebrating … a view from a million miles high