It Starts and Ends With You 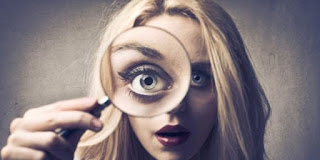 For years, I have worked alongside many activists and advocates on the path of bringing peace, love and freedom, helping to heal any abuse or violence that exists in our society. However I want to make sure we don't overlook something important in our pursuit.

You say you know just what to do
You share your vision, sparkling new
Impassioned to make a difference now
There's only one catch ... but how ... but how?
Peace is on the radar; peace is the goal
Everyone line up for your honorable role
The public is calling; the people are in need
You seek to plant the righteous seed
But where can you start on a path that's true?
Could it be ... it starts and ends with you?

Dinners and awards ceremonies with settings so fine
Your activism has arrived just in time
Studying and analyzing collective mores and norms
The target is to end violence and abuse in all its forms
No more domestic terrors, the bites that sting
But we may be forgetting one small thing
The attacks, the leverage, the bitter blows
A hidden experience the victims do not know
The mystery to be ultimately solved, in time due
Yes, it starts and ends with you

Not just the political plans and the helping hands
Nor the parades led by marching bands
Not just the counseling that uplifts the trodden-down
Not just the clothing, toothpaste, handouts passed around
Not the speeches, public screeches, and promotional platitudes
Not the outer giving to the causes counting into the multitudes
No, we commence and complete with a stand for the one
The place where we always could have begun
The source of violence and abuse to which we now attend
Those inner voices and beliefs – the start and the end

Those places within lacking the light and the love
Those times you tell yourself, “I am not good enough”
I’m just an imposter here, pretending, a fake, a crook
I hate myself, I hate my hair, I hate my looks
Reflections in mirror reveal that which we do not like
Battling ourselves, we take on the dishonorable fight
The monkeys causing mayhem in the cages of our mind
Bodies that are clenched, hearts that are closed, eyes that are blind
Going through the motions, everything going numb
Until we completely beat ourselves up – “How could I be so dumb?”
Our past emerges like monsters surfacing from the sea
A hungry fiend unleashed on our present-day reality

But is this how it really has to be?
Or is there another pathway for the free?
What would happen if the wars ended, from within?
At this cease-fire, could we then begin again?
Could we un-cage the monkeys, dissolve the angry fiend?
Waive the surrender flag, and then start fresh and clean
For the public is calling; people are in need of peace
We must find the key for their, and our, release
We can begin anew, taking a path that is true
As we discover right now ... it starts and ends with you